Our firm was established with the mission of helping those who need it the most.

Geric Tipsword is an Army veteran, a business man and a former teacher.  Mr. Tipsword, a Desert Storm veteran, honorably served his country in the United States Army for 11 years.  After the Army, Mr. Tipword went to work in the business arena working as a Distribution Manager, Customer Service Manager and Finance Manager.  During this time, Mr. Tipsword earned his Bachelor of Business Administration degree.

After many years of co-parenting, Mr. Tipsword chose to pursue a career in education during which time he taught High School Math and earned a Masters Degree in Education Intervention.  This opportunity allowed him to coordinate his schedule with that of his children and allowing them more time together.

Mr. Tipsword is dedicated to providing top quality services to each and every client. 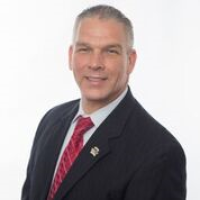